Search and rescue in St Helena gets a boost

A new vessel to support the work of search and rescue in St Helena has been officially handed over.

The ceremony held at Rupert’s Wharf was led by Deacon Earnest Fritz and Father Allan Williams and saw the rescue vessel being blessed.

St Helena’s Sea Rescue Service took delivery of their new Gemini Surf 420 rescue vessel which was paid for through the UK Government’s Conflict, Stability and Security Fund, administered by the Maritime and Coastguard Agency.

It followed a report from Her Majesty’s Coastguard Overseas Territory Search and Rescue Capability Review which advised St Helena’s Government to look at procuring a small craft or RIB. The report went on to say it would allow easier and safer access to St Helena’s shore during rescue operations.

“This specific type of vessel has been in South Africa’s National Sea Rescue Institute’s fleet for over 30 years. It is 4.2m in length and equipped with a 50hp Yamaha 2-stroke motor and carries 25L of fuel which gives it a range of 10nm. This vessel is mainly used for surf work, meaning that it is used close to shore and limited to going 1nm offshore.”

The new craft does not replace the two existing Gemini Wave Runner 850s but will be used when a smaller vessel would be the better option to use.

Alison Leighton, manager of CSSF on behalf of the Maritime and Coastguard Agency said: “We have supported this project from the very beginning and have worked with St Helena to find the best solution to add to the search and rescue assets that they are able to call upon if the worst ever happens.” 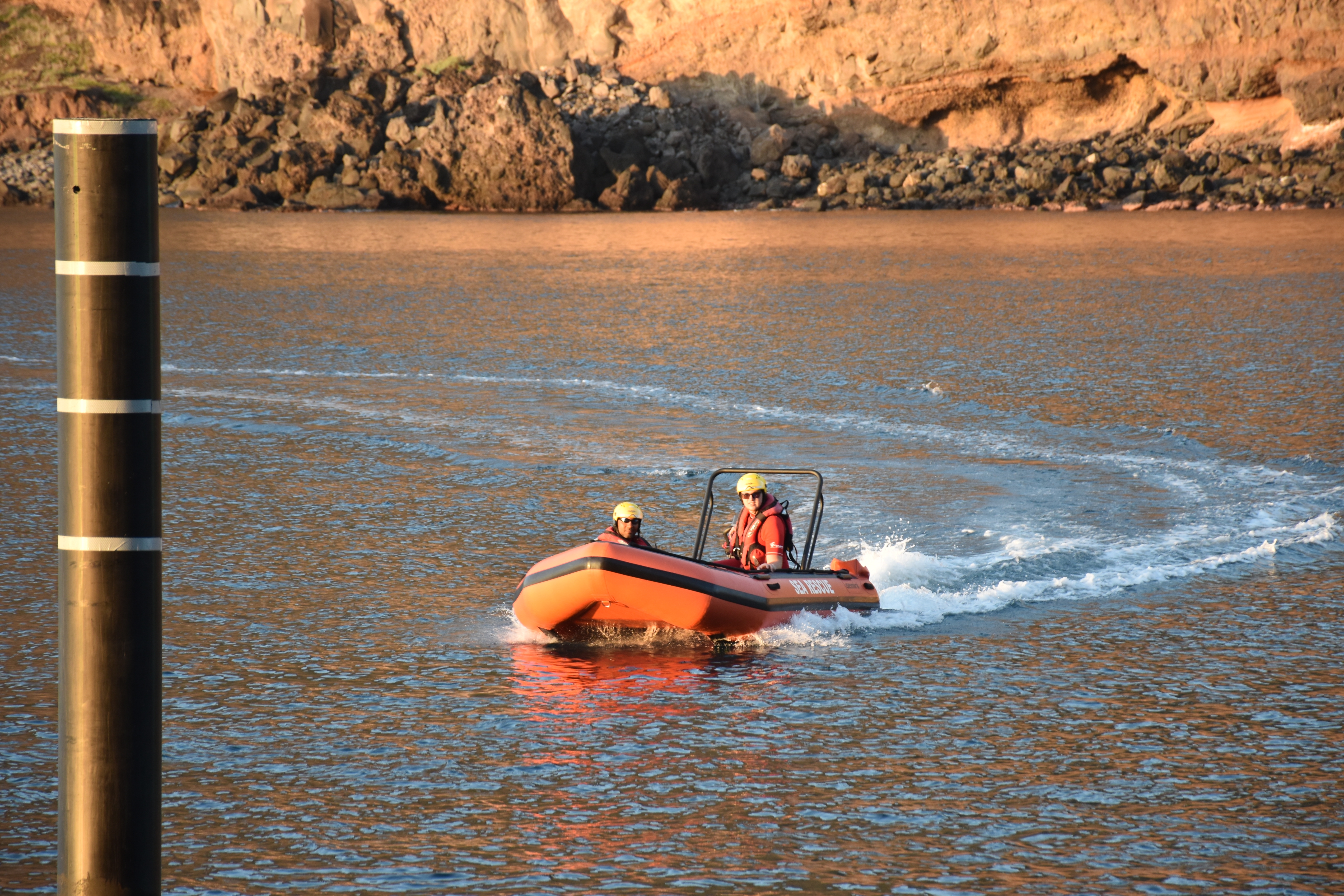