Guidance to help surveyors interpret rules governing Safe Return to Port has been published by the Red Ensign Group.

It follows work done by individual members of the REG and its Technical Forum which has now signed off the guidance for publication.

Safe Return to Port requires passenger vessels which are 120 metres or longer or with three or more main vertical zones to be designed for improved survivability. The rules are designed to make sure cruise ships and large yachts can get back to port rather than carrying out mass evacuations into lifeboats.

Taran Card, senior surveyor with Bermuda Shipping and Maritime Authority said: ‘Lifeboats will still be there but Safe Return to Port is about ensuring that unless the ship is completely compromised, you’ll be able to keep the passengers on board in a place of safety with a reasonable level of comfort and security, while the ship makes its own way back to port in an emergency.’ 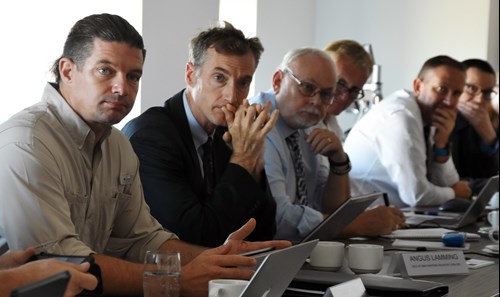 Taran added: ‘It means a compartment can be lost in an emergency and the ship will still be able to isolate that compartment and retain services to the other areas of the vessel following that emergency. In order to do that you have to lots of sub-division arrangements, such as isolating piping and electrical systems and rerouting them through to other spaces. That means that all of the arrangements for subdividing have to be maintained and ideally tested throughout the life of the vessel.’

Richard Pellew is co-chair of the REG Technical Forum. He said: ‘The requirements were easy to understand for initial shipbuilding, but we didn’t give a great deal of thought about how we go forwards, so when the vessel is two years old, three years old, five years old, ten years old, what is it that we are looking for and what level of compliance?’

He added: ‘So Technical Forum took that on because we have a large degree of expertise within the REG on large passenger ships. Bermuda and the United Kingdom were the first Flags to have ships built under these new regulations, which meant our surveyors became pretty much world technical experts on Safe Return to Port.’

This guidance is for surveyors who are doing that work during the passenger ship safety surveys to ensure the systems will be operable when the ship is five years old, ten years old in order to make sure everyone knows how it works and it can still work in an emergency as the ship ages.
And Taran added: ‘It’ll be a benefit to the surveyors because it’s a clear set of guidelines that they can use to walk through how it should be done. We’re also using it with our clients because they do the ongoing testing, so we are getting our ship managers and crews on our vessels to do testing throughout the year. When we do the passenger ship surveys then our surveyors review their testing, pick some additional compartments to test during the survey as part of the inspection and make sure we have confidence in the overall system as a whole.’

The guidance is downloadable here. Although it's free to use, it must be credited to the Red Ensign Group.

Safe Return To Port was adopted by the International Maritime Organization in 2010. The regulation requires passenger vessels with a length of 120 metres or more or with three or more main vertical zones to be designed for improved survivability.
Tweets by RedEnsignGroup